On Wednesday, July 15, 2020, the University Library (main library) was reopened after having been closed since last July to undergo a complete renovation.

The opening ceremony was held at the Workshop Court on the first floor of the library at 10:00 a.m. on the same day, attended by around 70 people, including a member of the university's Management Council, representatives from the Miyazaki Prefectural Library and the member libraries of the University Library Association in Miyazaki Prefecture, and past directors of the University Library. At the opening ceremony, after greetings by President Ikenoue and the director of the library Dr. Shinchi, a ribbon-cutting ceremony was held outside the main entrance of the library, participated in by President Ikenoue, members of the Management Council, Ms. Saka, Mr.Nakahara (director of the Miyazaki Prefectural Library), Dr. Suiko (university director), Dr. Shinchi, and Ms. Seo (fourth-year undergraduate student of the Faculty of Education serving as student representative). Congratulatory telegrams and festive flowers were also delivered to the venue, enhancing the ceremony. After the ribbon was cut, attendees toured the library, which was already being used by students and local residents who had been waiting so long for the library reopening. 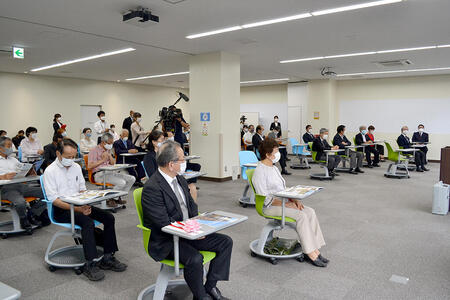 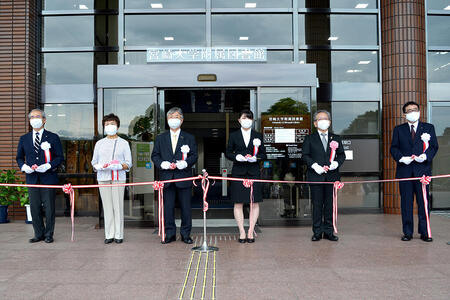 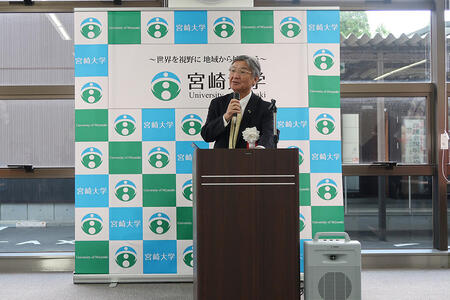 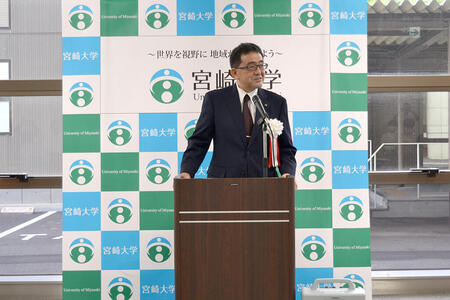 Greeting by Director of The University Library Shinchi 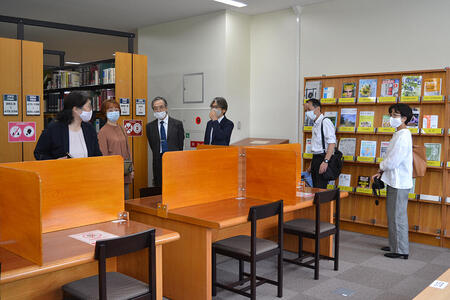 Tour of a library 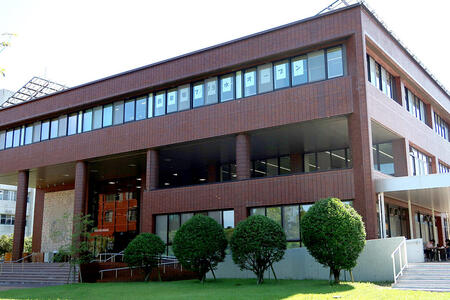 The library was renovated under the concept of serving as "a place of co-creation" (kyōsō no ba), where people can learn, think, and create together. The redevelopment and upgrading of the learning commons and group-learning rooms, which can be used by not only Japanese and international students, university faculty and staff but also working adults, local residents, and others, will foster communication, discussion, and presentations, while improving information literacy, thus forming a foundation for the creation of new creative initiatives.

A cafe was also opened on the first floor of the library as a space where library users and local residents can relax and refresh themselves. The first floor also has an exhibition space featuring a collection of materials honoring the world-famous evolutionary biologist Dr. Masatoshi Nei, a graduate of the Faculty of Agriculture who was awarded the Kyoto Prize. Also on exhibit are valuable materials stored in the Toroku History and Folklore Room established by the university and work by Professor Emeritus and sculptor Takaaki Hirahara 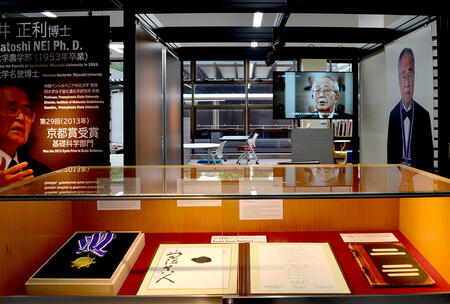 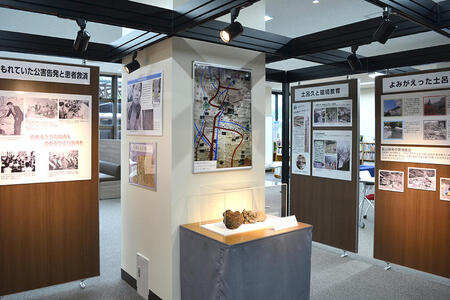 1F Exhibition space of Valuable Materials of The Toroku History 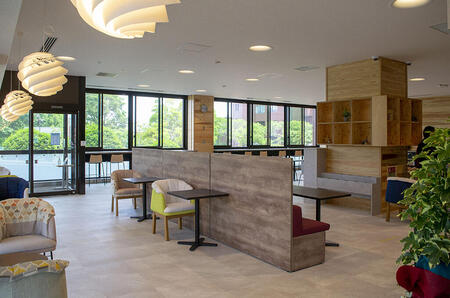 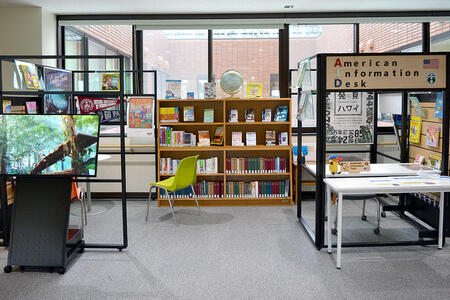 The newly renovated library is expected to serve as the central facility for academic support in the university's "academic core" zone consisting of the 330th Anniversary Exchange Hall, the Regional Design Building ("MERAcademy"), and the Welfare Building.